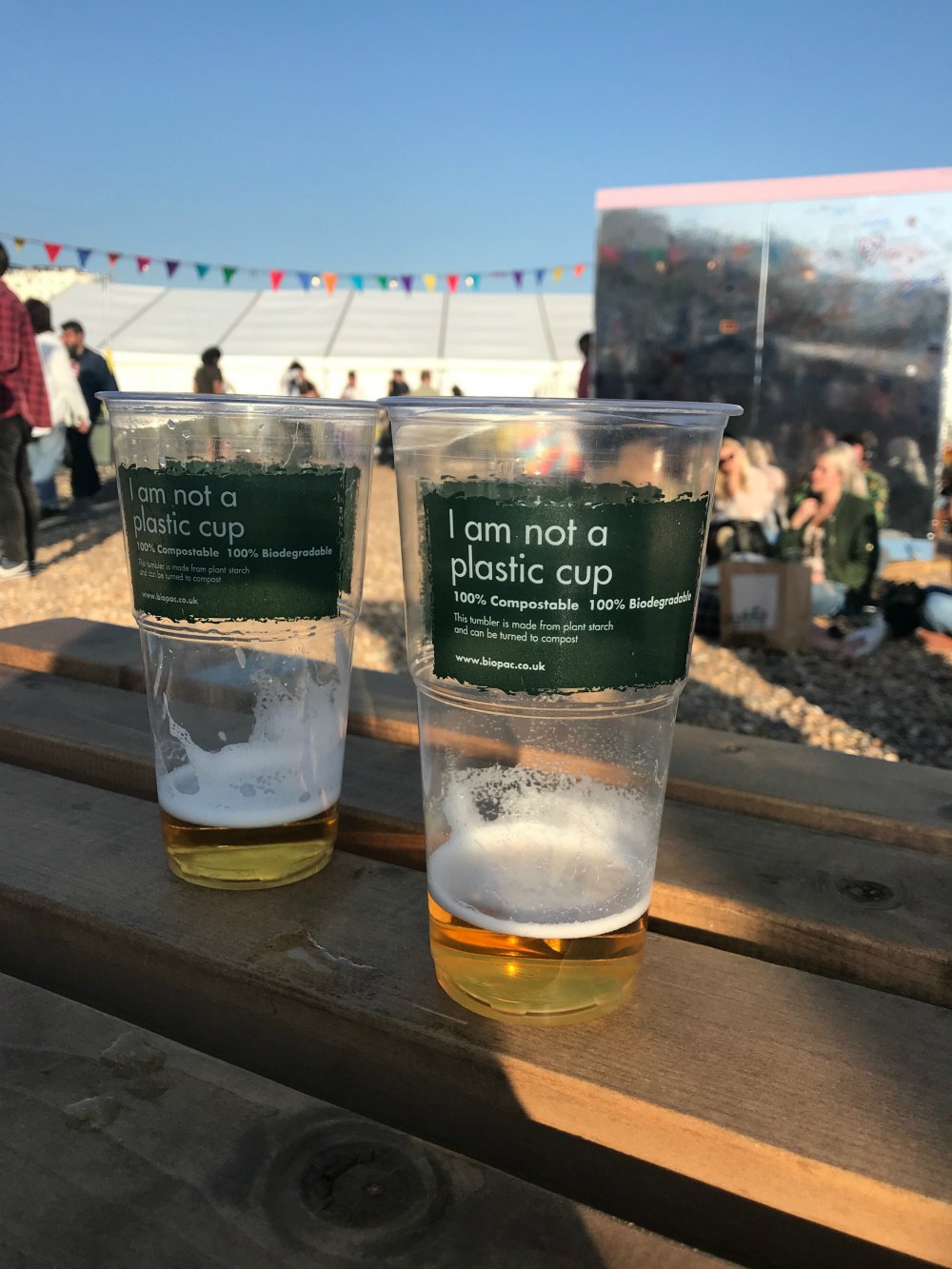 2018 saw a significant step-change in TGE’s approach to reducing the environmental impact of it’s activities. The bars at both the beach site and Jubilee Square banned plastic straws and provided onsite segregation of waste in our back of house areas. Disposable plastic cups were replaced by a mixture of compostable ones and recycled stainless steel festival cups, provided free by Enviro-cup. In terms of power, every effort was made to use grid connections, however, generators are require for our key pop-up venues. For these sites we provided generators that ran on hydro-treated-vegetable oil (HVO). Compared to red diesel, this biofuel produces significantly lower Co2 emissions.

For our beach site we deployed battery inverter systems to power site facilities during the build. This cut generator runtimes by three quarters, reducing fuel consumption and providing emissions free and silent running power. For show days the HVO generators were synced in a by load demand configuration with a 100kVA for the overnight base load. For site lighting, we deployed hybrid tower lights. Their LED heads run for 10 hours a night from battery. Unlike their diesel counterparts, the engine runs for just 2 hours daily to re-charge the battery, resulting in an 83% reduction in fuel consumption.

Here is a list of just some of measures to reduce or mitigate the CO2e emissions associated with this year’s festival:

Energy
• Generators ran on hydro-treated-vegetable oil (HVO), a biofuel that produces considerably less NOx, CO, HC & PMs
• Hybrid power generators (battery inverter systems) were used in place of diesel generators to manage base loads
• Hybrid tower lights were deployed, reducing diesel consumption by 83%
• LED lighting fixtures were deployed wherever possible to reduce energy
consumption
• Where sync’ed generators were required, these were configured in a by load demand configuration to reduce fuel consumption & associated CO2e emissions
• Wherever possible, grid power was used to reduce the total number of generators required
• A post event report on kWh production versus litres of fuel consumed & associated emissions will be produced by the festival power provider SMART Power

Waste
• Bins with signage were used in BOH bar areas for onsite segregation of waste*
• Disposable plastic glassware was replaced with compostable cups from www.biopac.co.uk. These are made from starch and take 12 weeks to breakdown completely unlike conventional plastic that can take up to 400 years
• Single use plastic water bottles for crew & volunteers were replaced with reusable water bottles
• Plastic straws were banned from the TGE festival bars and all other licensed venues used during TGE were encouraged to do the same
• Litter pickers on site on the beach and streets throughout the duration of the event ensuring a clean event site at all times
• Customers were encouraged not to take their litter offsite by security, stewards and clear signage

Categories
News
Back to Top