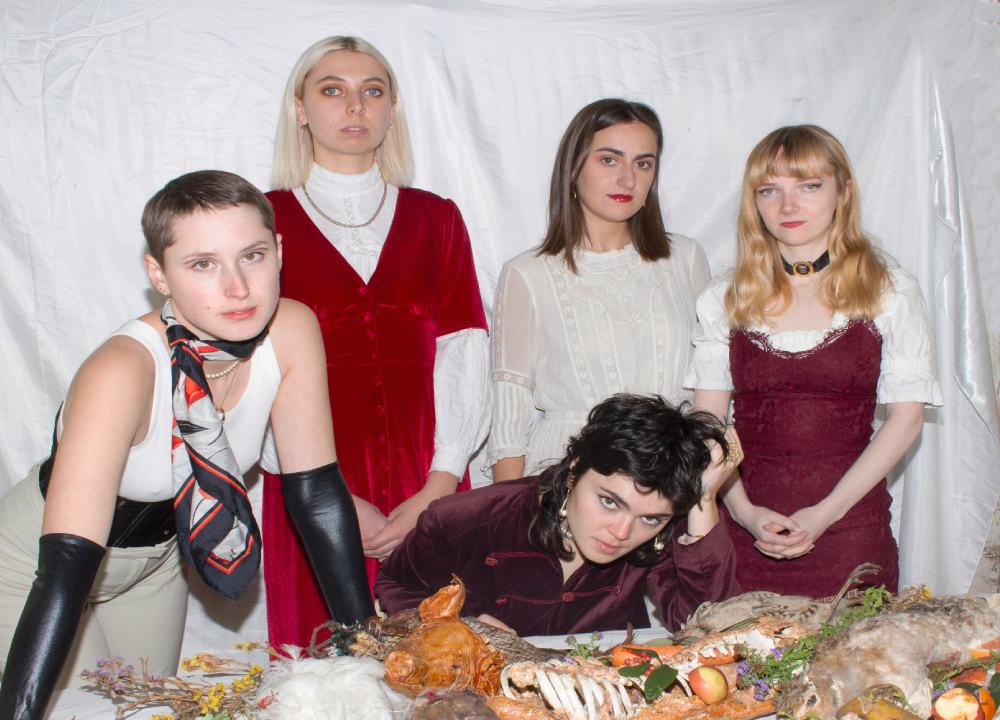 
‘From serenading the dimly-lit corners of East London pubs to Courting interest from several major record labels, agents, promoters & publishers in a few short months, The Dinner Party have burst forth gloriously into the guitar music renaissance.

Conceived during a wine-stained evening in Brixton, the name embodies a musical and aesthetic ethos of decadence, mystery, spectacle and charm. Finding artistry in the intersection between the beautiful, sublime and grotesque, the band are guided by their favourite Romantic poets and Gothic novelists.

The preceding years of isolation and anxiety have only served to heighten The Dinner Party’s creative appeal as they usher in a new era of unashamed maximalism and untethered euphoria. They cast their net of inspiration across artists and genres, from Kate Bush and David Bowie, glam rock and new wave, to unexpected moments of twelve bar blues, classical overture and heavy synth breakdowns.

You are Cordially Invited.